What does this drain cover tell us about one of London's lost rivers?

Taking care of traffic, bend down and put your ear to the drain cover on the street outside The Coach and Horses pub. Can you hear the sound of water? Peer into the darkness. Can you see a dark stream of water below? Underneath this unassuming drain cover runs the River Fleet, perhaps the mightiest of London’s lost rivers.

Now look around and take note of the lie of the land (and some local street names). Notice that you’re standing on relatively low ground with Ray Street, Herbal Hill and Back Hill rising up around you. The contours of the streets show us that this was once the valley of the River Fleet. 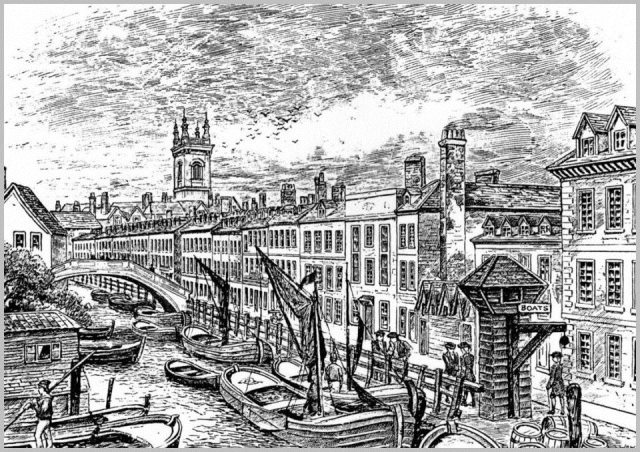 It’s almost impossible to imagine now but until around 160 years ago the Fleet was an open river that ran for four miles from its source at Hampstead Heath to the Thames at Blackfriars Bridge.

Sailing boats and barges once plied its waters transporting cargo through London including coal and the stone to build the original St Paul’s Cathedral.

The current was strong enough to power water-powered mills. Nearby Turnmill Street is so named for the number of mills that lined the banks of the river in the eighteenth-century. In 1741 a house on Turnmill Street was advertised to let with access to "a good stream and current that will turn a mill to grind hair powder or liquorish"! 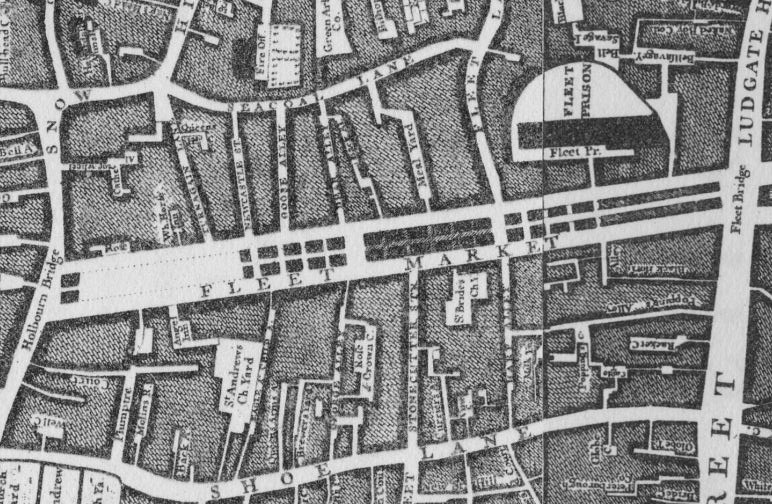 However all this heavy industry took its toll and over time the river became increasingly used as a sewer. Butchers working at nearby Smithfield meat market used it as a dumping ground for offcuts of meat and blood.

Waste from the tanneries, human excrement and even the bodies of cats and dogs found their way into the river. In 1710 journalist and author Jonathan Swift wrote; ‘Sweepings from butchers’ stalls, dung, guts and blood / Drown’d puppies, stinking sprats, all drench’d in mud / Dead cats and turnip tops, come tumbling down the flood.’

And so the Fleet River became the Fleet Ditch, a putrid and dangerous waterway. Section by section it was covered over. Its upper reaches were concealed by suburban building while the lower reaches were diverted into an underground sewer and the Fleet was lost from sight.

Before being renamed Ray Street, this area was known as Hockley-in-the-Hole. The word Hockley means ‘muddy field’ in Saxon and is another clue to the lost river which used to flow through this neighbourhood. Notice too some of the botanical sounding street names nearby – Herbal Hill, Saffron Hill, Hatton Gardens and Vine Hill. These names are reminders that this area was once the gardens of Ely Palace which was built on the banks of the River Fleet.

By the beginning of the eighteenth century Hockley-in-the-Hole had become one of the most infamous areas of London.

The dark, narrow, twisting streets were full of dilapidated houses. Poverty and crime were endemic. It was the haunt of thieves, highwaymen and gamblers. Next to The Coach and Horses pub was a garden where men fought with swords or wrestled for money. Bear and bull baiting, dog and cock fighting were rife. 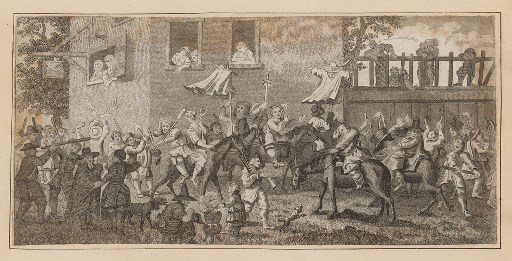 If this doesn’t sound like the Ray Street you can see today that’s because this area was subject to slum clearances and ‘street improvements’. Hockley-in-the-Hole was razed to the ground. The road was widened, raised, drained and renamed Ray Street.

On these modern, remodelled, shiny streets it’s really hard to imagine what the river would have been like. But here, the Fleet still rushes (just under our feet) on its journey towards the Thames and finally the sea.

On an unassuming London street, a metal grate lies in the road. It's walked or driven over probably hundreds of times a day without a second thought to what might be underneath.

But it's all too easy to overlook what might be right under our feet.

This is one of the only clues we have of a once mighty river that flowed through the capital. A river with a strong enough current to power watermills. Wide enough for boats to carry cargo through the city.

What does this drain cover tell us about one of London's lost rivers? Click to reveal the answer

Thanks to Professor David Green at Kings College London

Why are there two fake buildings in the middle of a Bayswater terrace?

Why is there another street hidden beneath Charing Cross Road?