How does this Victorian tree still reflect 21st-century London?

The answer is a few metres away, on the other side of the churchyard’s large brick wall. Stop for a few minutes and listen. Among the birdsong and traffic noises you’ll hear passing trains. Look carefully and you might see the carriage roofs.

St Pancras Old Church dates back to the 4th century and the graveyard used to be much larger; it was one of the most significant burial grounds in London. But from the 1830s it was cut off from its parish then cut up by three major stations – Euston, Kings Cross and St Pancras. 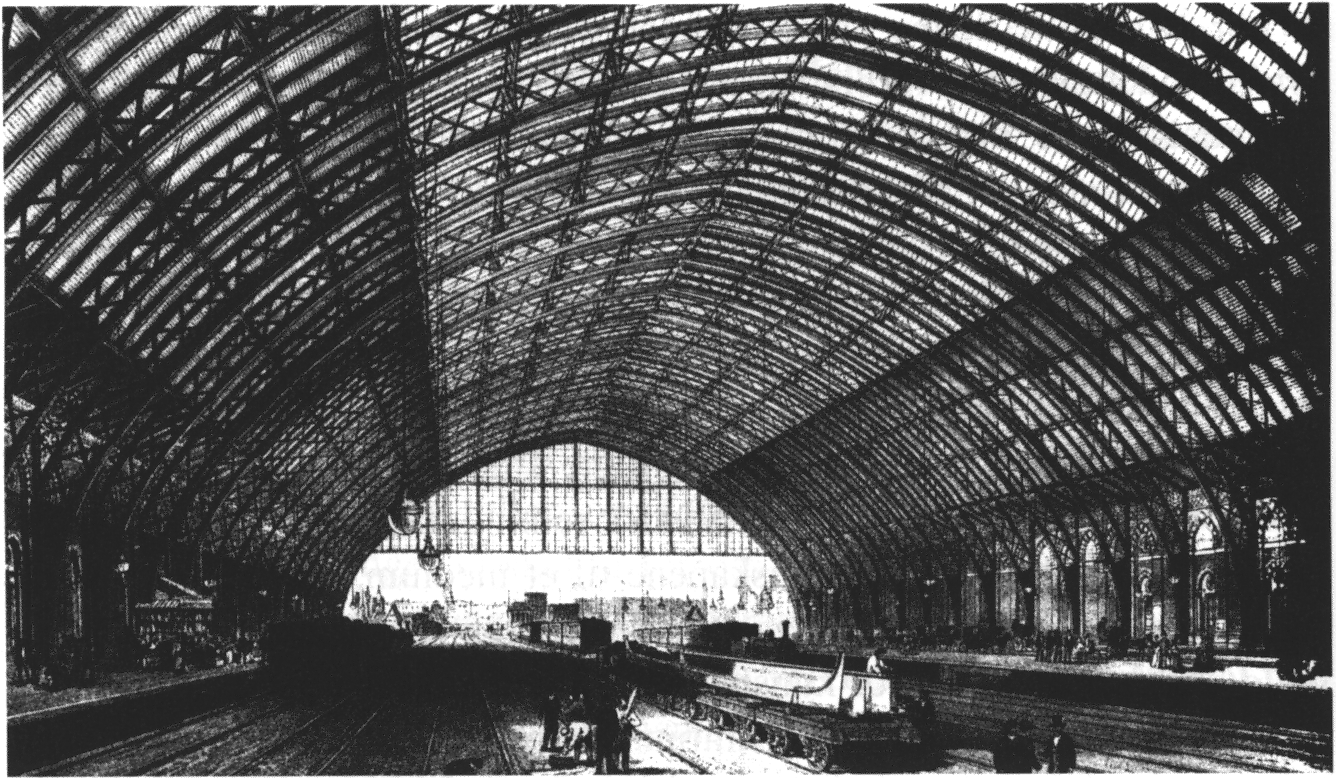 In these early years of railway expansion, different companies built and ran their own lines in competition with each other. Routes into London were profitable and busy. By the 1860s the railways couldn’t carry enough passengers into the capital and a new station was needed.

The Midland Railway Company identified this churchyard as the ideal site. St Pancras was perfectly placed on the edge of central London. The land was also becoming less used; after a larger, New St Pancras Church was built nearby many of the congregation had left. The last burial took place here in 1854.

A decade later, enter Thomas Hardy. When the church grounds were being cleared to make space for the railway line, Hardy was a London architect’s assistant. He had the grim task of exhuming hundreds of bodies and removing their graves.

During the work Hardy ordered headstones to be placed under this ash tree. His reasons are unknown but Hardy was a keen naturalist and may have done it to prevent the tree being removed. Alternatively, he saved the stones to respect the people whose final resting place had been disturbed. 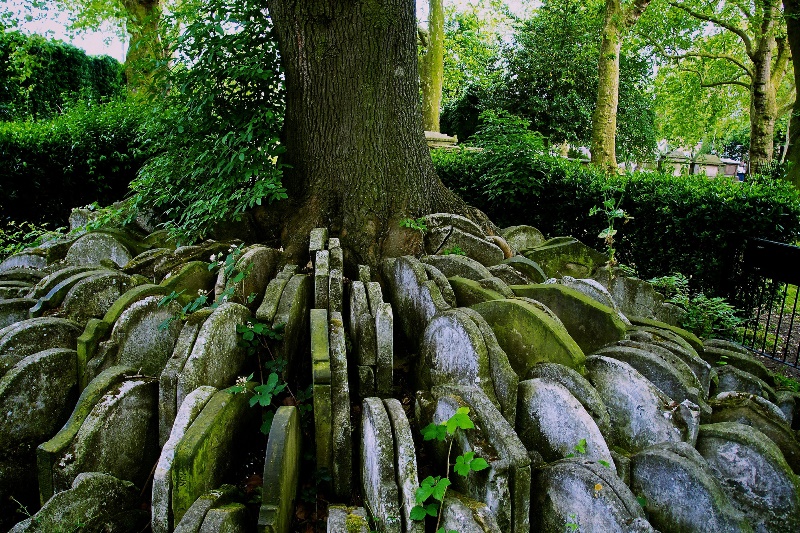 How do you feel about the tree? Does it help the living or mourn the dead? Does it record the enduring power of nature or the relentless march of progress? Is it a memorial, a protest or even an artwork?

Whatever the reason Hardy created it, the ground where 88,000 bodies lay buried now carries over 20 million passengers every year - hurtling across the county at speeds the Victorians could only dream of!

Over 150 years later the Hardy Tree and St Pancras station continue to evolve. While the tree's growing roots bind the stones together, the churchyard wall dates from 2007 when the expanded St Pancras International began Eurostar services to Europe.

Between 1999 and 2009 railway passenger numbers in Britain increased by 50 percent. Several major projects are underway to meet demand, including Crossrail and High Speed 2. Many have caused controversy over costs, disruptions and demolitions. The Hardy Tree shows us that changes like these aren’t new.

St Pancras Old Church isn’t the only London graveyard to make way for railways. In March 2015, Crossrail excavations disturbed the 16th-century burial ground of Bethlem Royal Hospital. At the site near Liverpool Street archaeologists painstakingly uncovered 3,000 skeletons. Scientists are DNA testing some of the bones to research how these people lived and find out more about the area’s past. 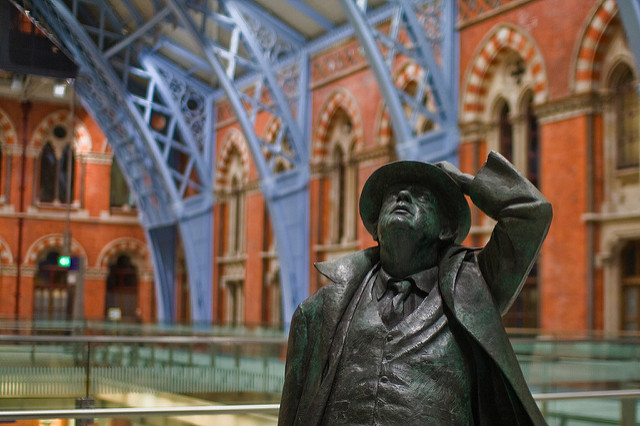 A century after this churchyard was cleared St Pancras station was nearly demolished. In the 1960s nearby Euston station was redeveloped. The original Victorian building was replaced by “one of the nastiest concrete boxes in London”. St Pancras faced the same fate but campaigners, including poet John Betjeman, successfully fought to preserve it. Today a statue of Betjeman greets St Pancras' passengers.

Standing behind St Pancras Old Church, the roots of a large ash tree weave their way among rows of headstones. This extraordinary tangle of life and death is named after the novelist and poet Thomas Hardy.

Hardy’s books – including Far From the Madding Crowd, The Return of the Native and Tess of the D’Urbervilles – were based on the Dorset countryside he grew up in.

But before his literary career took off, Hardy worked in London and created this unusual landmark.

How does this Victorian tree still reflect 21st-century London? Click to reveal the answer

Tom Bolton and Caroline Millar for inspiring the idea

We late-lamented, resting here,
Are mixed to human jam,
And each to each exclaims in fear,
‘I know not which I am!’
– ‘The Levelled Churchyard’, Thomas Hardy

Wrong side of the tracks

Why do a road, a railway line and a canal all cross each other in Hanwell?