Why does this London station have dead sea creatures all over it?

The answer lies in what the building is made of – Portland stone, a type of limestone from the Isle of Portland in Dorset. Portland stone dates from the Jurassic Period of around 150 million years ago. The shells in the walls here are fossils. 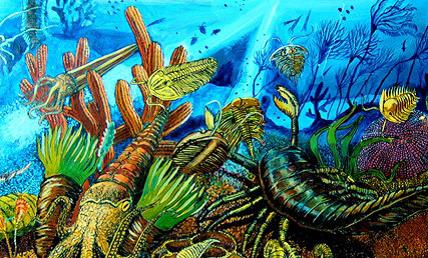 Most limestone, including Portland stone, was created by a chemical reaction in warm water. In the Jurassic Period the land that made up Britain was under a warm shallow sea. As sea water heated up from the sun's rays, carbon dioxide gas was released into the atmosphere.

This allowed a sticky substance called calcium carbonate to build up on the sea bed, like scale in a kettle. Sand and dead sea creatures were slowly covered in billions of the sticky particles, which gradually cemented together in layers to form limestone.

The reason fossils from Dorset have ended up here is because Portland stone is a popular building material in London. The stone is very strong and resists weathering. First quarried by the Romans, Portland stone was shipped to London from the 14th century.

It became very fashionable after the Great Fire of 1666, when Christopher Wren used nearly a million cubic feet of it to rebuild St Paul’s Cathedral. The area around Green Park has many Portland stone buildings, so the station reflects the local environment. It is also a reminder of another, much older landscape.

Most Portland stone used for building is carefully finished so that blemishes (including fossils) don’t show. The station by contrast, offers a reminder of London’s development; the ‘modern’ stone city was built from prehistoric sea creatures.

Just behind the station look in the park for a large circular air duct, also made in Portland stone.

Many of the fossil holes have filled with greenery. Sea shells from 150 million years ago have provided a home for new life. 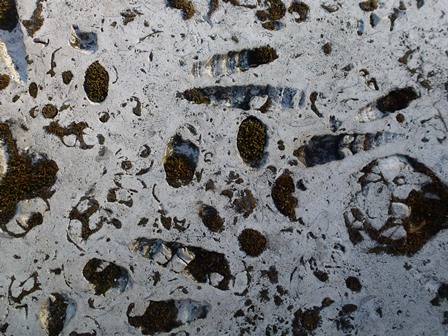 Paved with gold, lined with lime

Portland stone features in many London landmarks including; the British Museum, Bank of England, National Gallery, the Cenotaph, BBC Broadcasting House and nearby Buckingham Palace. It is also used in countless private buildings.

Why not see how many you can find? 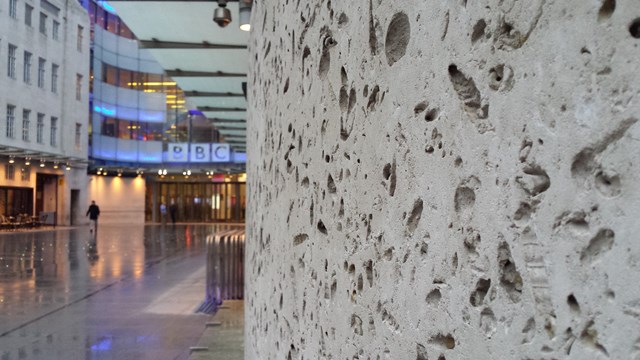 Located between Mayfair and the West End, Green Park is one of London Underground’s busiest stations. Over 35 million people pass through it each year.

Ignore the crowds and traffic for a moment though and take a good look at the walls.

Spanning the centre is a decorative frieze of sea creatures. The bricks above and below are covered in strange marks, cuts and holes - including some that look like shells.

Why does this London station have dead sea creatures all over it? Click to reveal the answer

Visit the seaside town near where Portland stone was created

Find out more about places shaped by limestone

Discover how limestone has shaped Nottingham

In the 1920s, the British Empire ruled over a quarter of the globe and over 450 million people