Why does Southend have the world's longest pleasure pier?

To begin let’s think about where we are. Southend Pier is in Southend-on-Sea. The ‘on-Sea’ part is an important reminder of why piers were built. Today most of us enjoy them from dry land but they were originally for travelling on water. Piers developed for docking boats.

Landing at Southend is difficult though. If you are here at low tide, look for small boats stranded on sheets of mud. The water retreats over a mile from the seafront. Even at high tide the sea is never deeper than six metres, so large boats can’t dock near the beach.

If landing here was so much trouble, why go through the time and expense of building a huge pier?

In the days before railways and motor vehicles, most people travelled to their nearest seaside town. Southend is just 40 miles from central London, so it was ideally placed to capitalise from the capital. But as Thames holiday steamers couldn’t dock here, they passed by for further places like Margate and Clacton. Southend lost out on visitors and their money.

The solution was to build a pier long enough to span Southend’s tides. The first 180 metre (600 foot) section opened in 1830. This was soon extended then rebuilt in iron until the record-breaking Southend Pier we can see today opened in 1890. It was an instant success. Visitors flocked to the town and by the 1940s the Pier welcomed over 4 million people a year.

Wading out towards the horizon, Southend Pier is not just an icon of today’s coast. It’s also a reminder of why and how Britain’s seaside resorts developed.

Gaze along the beach from the Pier at low tide and you will see shimmering mudflats. Mudflats are layers of clay, mud and sand. Southend is in the middle of an 8-mile stretch of them lining Leigh-on-Sea to Shoeburyness. The reason again is Southend’s location, on the north bank of the Thames Estuary.

This huge channel is where the River Thames enters the sea. The river and the sea are both tidal, so water advances and retreats through the estuary twice a day. As the water moves it sweeps along clay, sand and mud. At low tide these materials are left behind in sheltered areas, especially bays. The shape of the coastline around Southend is like a shallow bowl, which strains mud and sand from the water – a bit like panning for gold!

The mudflats can look barren but they support all kinds of wildlife, from rare plants and insects to shellfish and birds. Look for gulls, ducks, and waders feeding on the mud. The shoreline around Southend is so important for nature that it’s classed as an SSSI – a Site of Special Scientific Interest.

The end of the pier?

Southend Pier is now a celebrated icon but it nearly didn't make it into the 21st century. The pier has survived several major fires, collisions with ships and being used as a Royal Navy base during the Second World War. After the war, increasingly popular European package holidays meant visitor numbers declined. The pier fell into disrepair and closed in 1980.

It was saved from demolition when the Historic Buildings Committee funded restoration work. Southend Pier is one of the lucky ones. In the Victorian era over 100 pleasure piers lined Britain's coast but maintenance costs and changing tastes mean today only half of them remain. 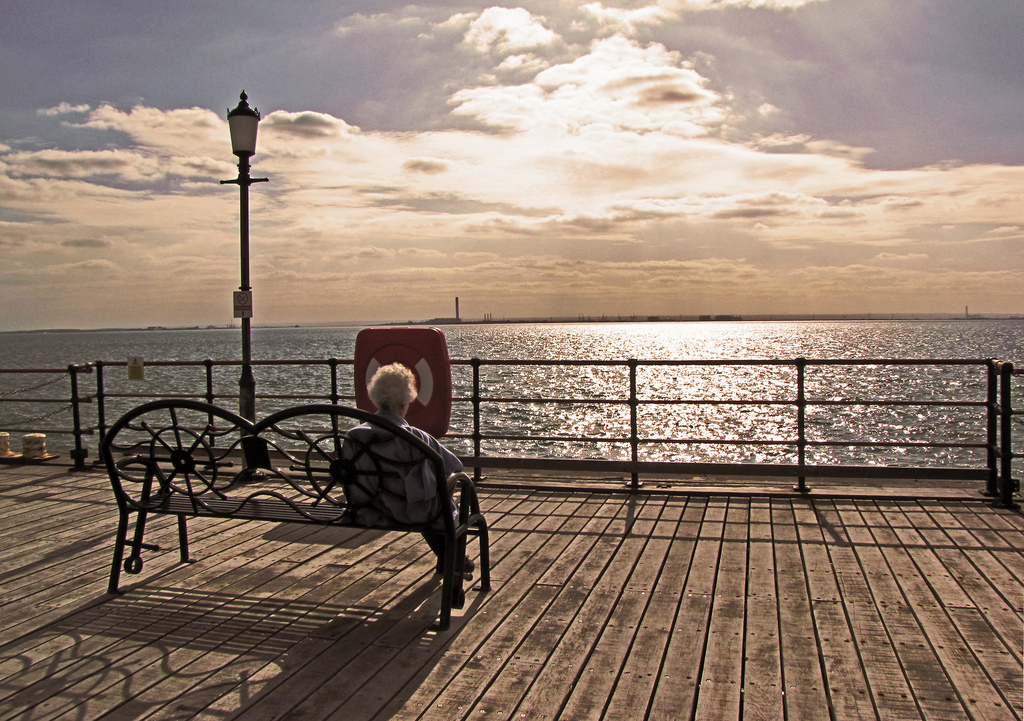 On hot days walking to the end can feel like making a pilgrimage to the sun. No wonder most of the pier’s 200,000 annual visitors hop aboard one of the special trains.

From this proud symbol of Britain’s seaside you can enjoy sweeping views across the Essex Estuary, sample various amusements and send a postcard from the pier’s own letterbox.

Why does Southend have the world's longest pleasure pier? Click to reveal the answer

Jans Canon for a photo reproduced under Creative Commons License

“The Pier is Southend, Southend is the Pier” – John Betjeman

Neither land nor sea