Why is Flag Fen, near Peterborough, one of archaeologist and Time Team presenter Francis Pryor's favourite viewpoints?

The open landscape south-east of Peterborough conceals the almost perfectly preserved remains of the prehistoric communities who lived here, some two to four thousand years ago.

These people settled here because the soil was very fertile and the slow-flowing rivers of the Fens were extraordinarily rich in fish, eels and wildfowl. Huge reed beds provided thatch for roofs and extensive woodlands, timber and firewood. Today these landscapes, together with the men and women who lived in them, lie buried, beneath deep layers of peat and flood-clay.

On most ancient sites, only pottery, stone and a few bones survive, but here the wet ground has effectively ‘pickled’ everything. So pots survive, but so does the food cooked inside them. Wooden posts are preserved, along with mats on floors, baskets and fragile fabrics.

It is a landscape that has changed enormously over the past few centuries. You can see this from the air, where the now-extinct courses of rivers can still be detected. Before the Nene was first controlled in the 1470s, the high banks, which now contain the river, did not exist. Instead, it would have flooded every winter, when the ground beneath your feet would have been drowned beneath several metres of water. Large rivers, like the Nene, would have flowed in several smaller channels, not the single one you can see today.

The streams and rivers which drained into the Nene were packed with fish and eels. Four thousand years ago, during the Bronze Age dozens of dug-out solid wooden boats would have been paddled and punted along the streams, carrying passengers, freight and fishermen. Fishing took place on almost an industrial scale with huge weirs and traps made from woven willow. The drier land around the edges of the Basin was divided-up into a series of neatly laid-out paddocks and fields, where herds of cattle and flocks of sheep could be seen grazing. 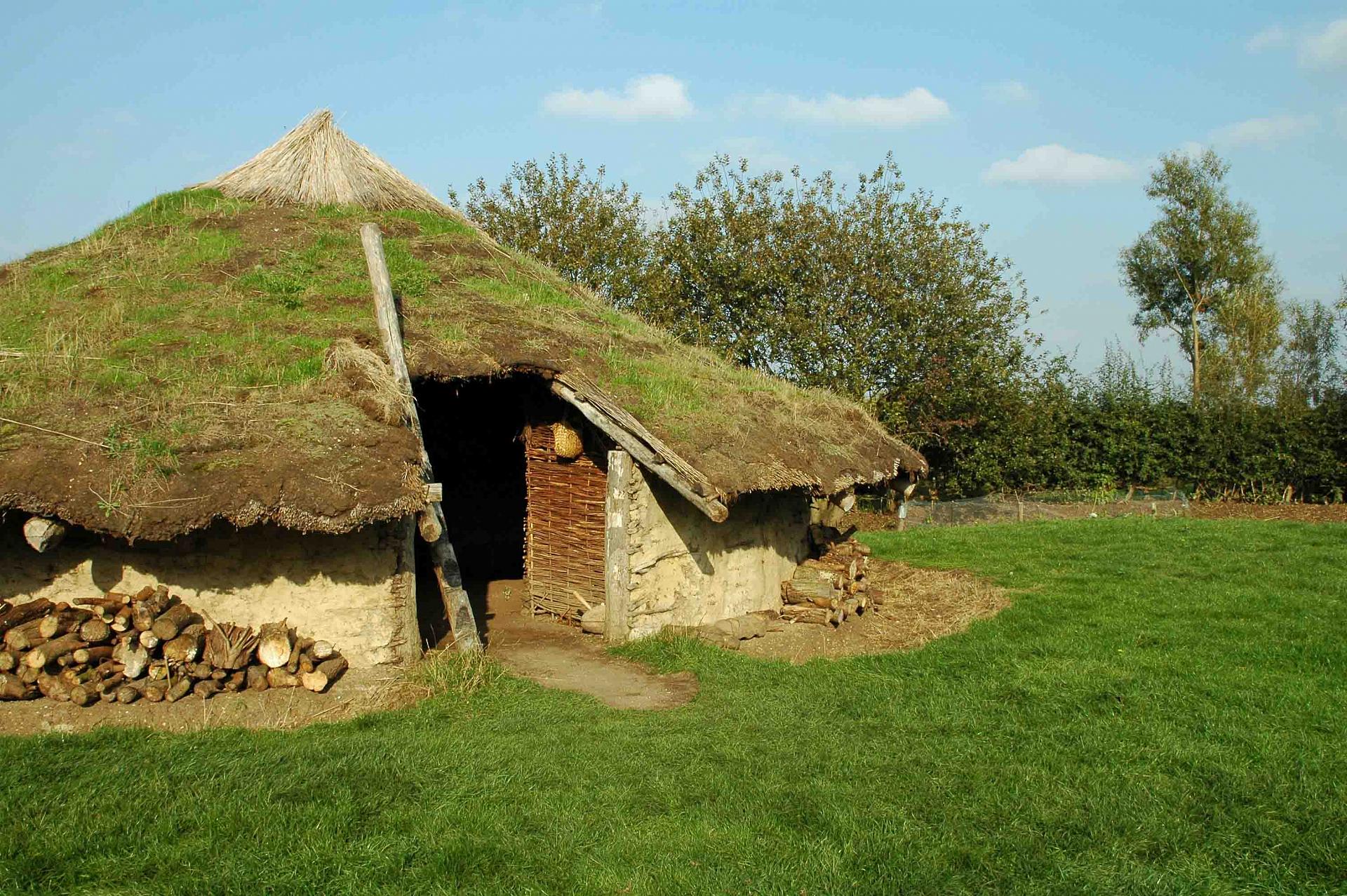 The people lived in family-sized round houses made from timber, with clay walls and roofs of thatch and turf. Most houses were built on the dry land, but recent excavations at Must Farm, near Whittlesey, about a mile away to the south-east, have revealed the fragile remains of a small settlement of nine houses built on stilts above water. This settlement was occupied for about twelve months, before it was burnt to the ground in a catastrophic fire, some three thousand years ago.

The wet Fen was crossed by a number of wooden causeways. These were first constructed around four thousand years ago, as ground conditions grew wetter, as a result of sea levels rising in the North Sea, some thirty miles away to the east. One of these causeways, was discovered at Flag Fen in 1982. It proved to be very special because it was also a shrine, where for some two thousand years people came to offer special gifts to the waters. These offerings included Bronze and Iron Age swords, daggers, spearheads, brooches and even mill-stones and pots filled with food. Today the Flag Fen excavations are open to the public, complete with Bronze Age houses and sheep grazing in the fields.

Viewpoint written by Professor Francis Pryor - an archaeologist and author, who specialises in the prehistory of the Fens. You can visit his blog at https://pryorfrancis.wordpress.com and follow him on Twitter @PryorFrancis

This landscape looks flat and unexciting, but in 1971 it changed my life.

That was the year I began excavating the prehistoric landscapes buried deep below these lush, grassy meadows. And what we revealed profoundly altered our understanding of British life in pre-Roman times... 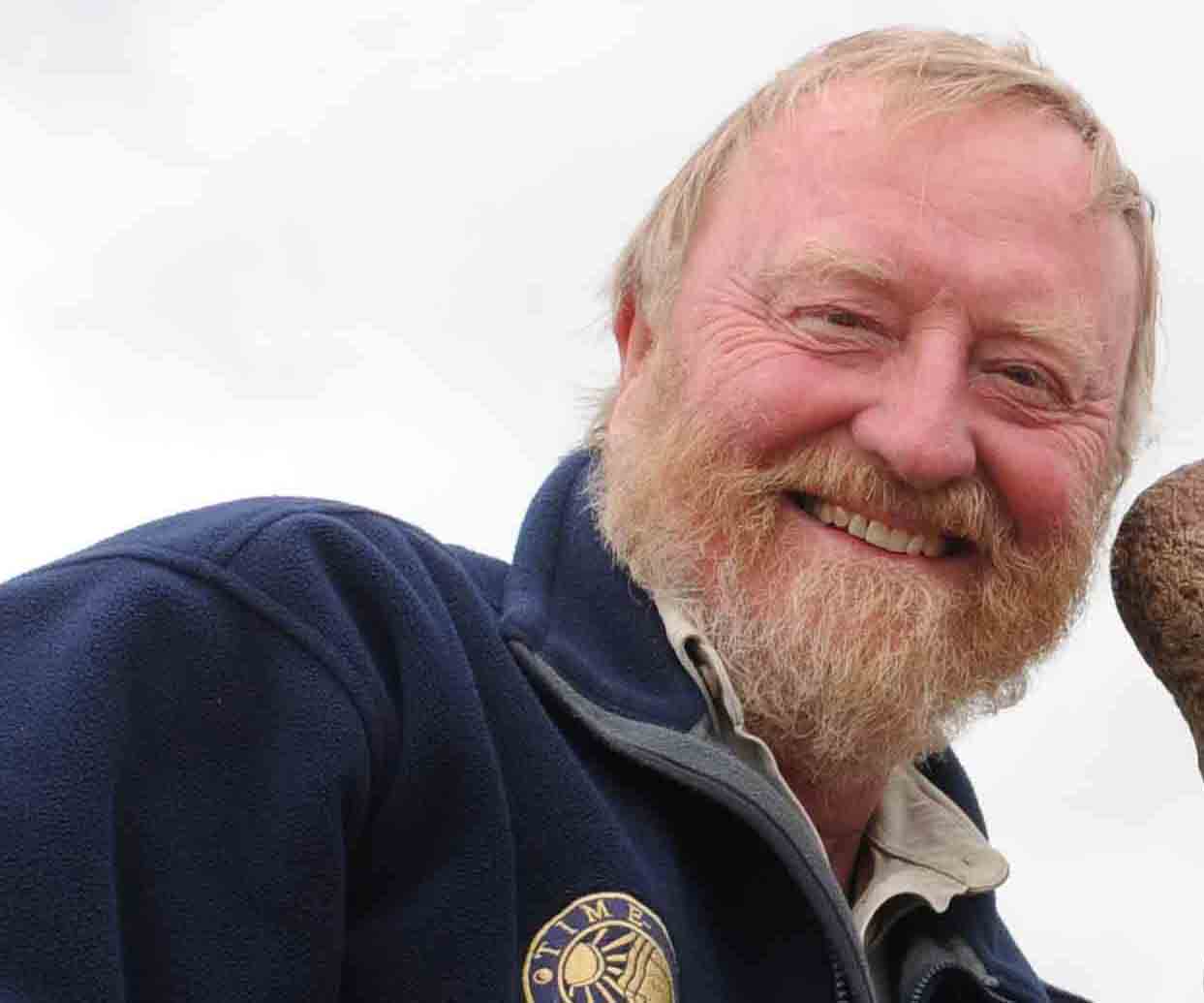 Why is Flag Fen, near Peterborough, one of archaeologist and Time Team presenter Francis Pryor's favourite viewpoints? Click to reveal the answer

Francis Pryor for writing this viewpoint. Francis is the author of Home: A time travellers tales from Britain's prehistory and The making of the British landscape amongst other publications.

Visit his blog at https://pryorfrancis.wordpress.com.

"The British landscape is human sized. Like the motto of England’s smallest county, Rutland, there is ‘much in little’" - Francis Pryor

Why is a Cambridgeshire field 20 miles inland actually under the sea?

What is missing from Stamford’s elegant skyline?

How does Rutland's landmark church show our thirst for water?