The triple chain of the Howden, Derwent and Ladybower Reservoirs which flood the Upper Derwent Valley, represent the largest area of water in the Peak, and has been dubbed the Peak District’s Lake District.

The Derwent Dams were constructed by the Derwent Valley Water Board (now Severn-Trent) to supply fresh clean water to the fast-expanding industrial populations of Sheffield, Derby, Nottingham and Leicester. 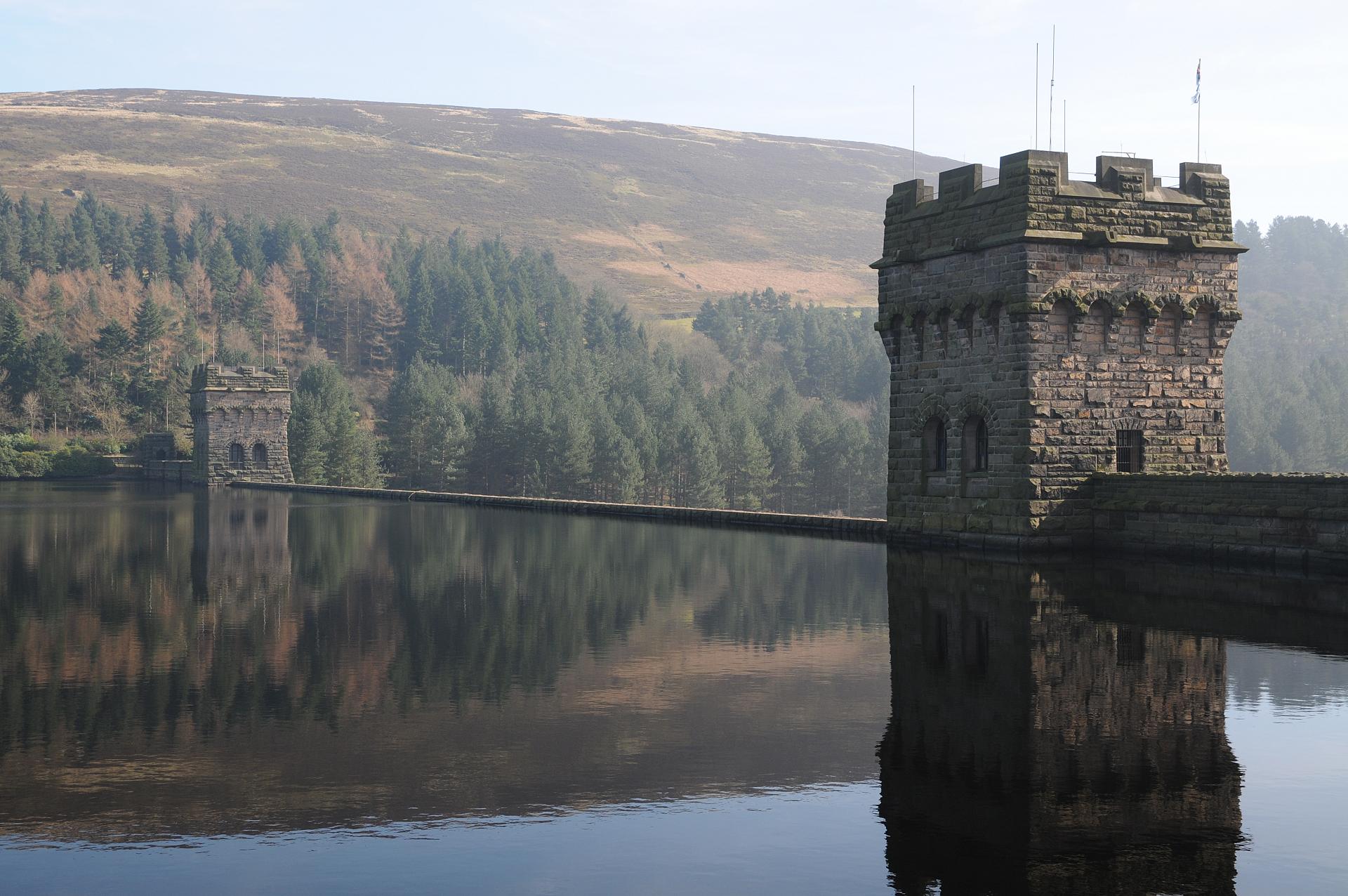 The first two massive masonry dams constructed were the Howden and Derwent, between 1902 and 1916. During construction a temporary village, known as Tin Town because of its corrugated iron walls and roofs, housed the 1,000 or so navvies (labourers) and their families.

The larger Ladybower dam and reservoir followed in 1943, and took two years to finally fill! To accommodate the reservoirs, the villages of Derwent and Ashopton were demolished and their residents were re-housed at nearby Bamford. In times of drought, the foundations of some of the buildings can still be seen rising from the water. 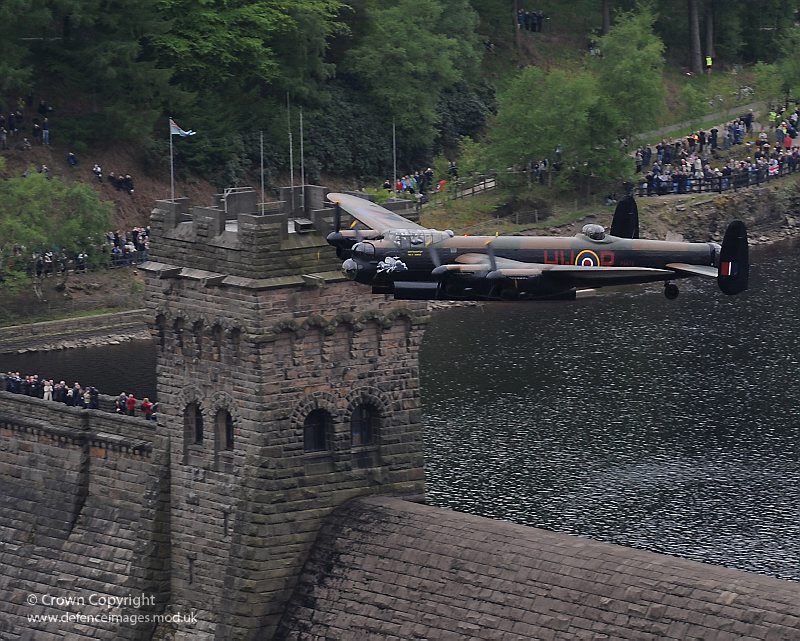 During the Second World War, the two original Derwent Dams were used for practice flights by 617 Squadron – known as “the Dam Busters”. They were chosen because they closely matched the target dams in the Ruhr Valley in Germany. The Derwent Dams were later used as the backdrop to the 1955 film The Dam Busters.

At the culverted watercourse where the path splits, take the right hand path and head up it for approximately 500m until you reach a farm track. Turn left onto the farm track and follow this as it ascends and turns to the right, then right again.

As you continue your ascent heading approximately NW, you will notice a marker sign for 'Lackerbrook'. Take this path and follow it uphill eventually with a wall on your right hand side and a drop off to the left.

At the farm track turn left and after approximately 250m you will reach Lackerbrook Farm which is now an outdoor centre. Cross the field past Lackerbrook Farm to a junction of paths at the edge of a wood. Turn right here to a ladder stile which leads up past Bellhag Tor and across Lockerbrook Heights.

After about a mile of moorland walking with the Alport Valley to your left, this leads to the escarpment of Birchin Hat above Alport Castles. The walk from Lackerbrook Farm to the Castles will take at least 25-30 minutes.

This is one of the geological and scenic highlights of the Peak District National Park. Alport Castles is said to be the largest landslip in Britain, but it is rarely visited because of its remoteness. 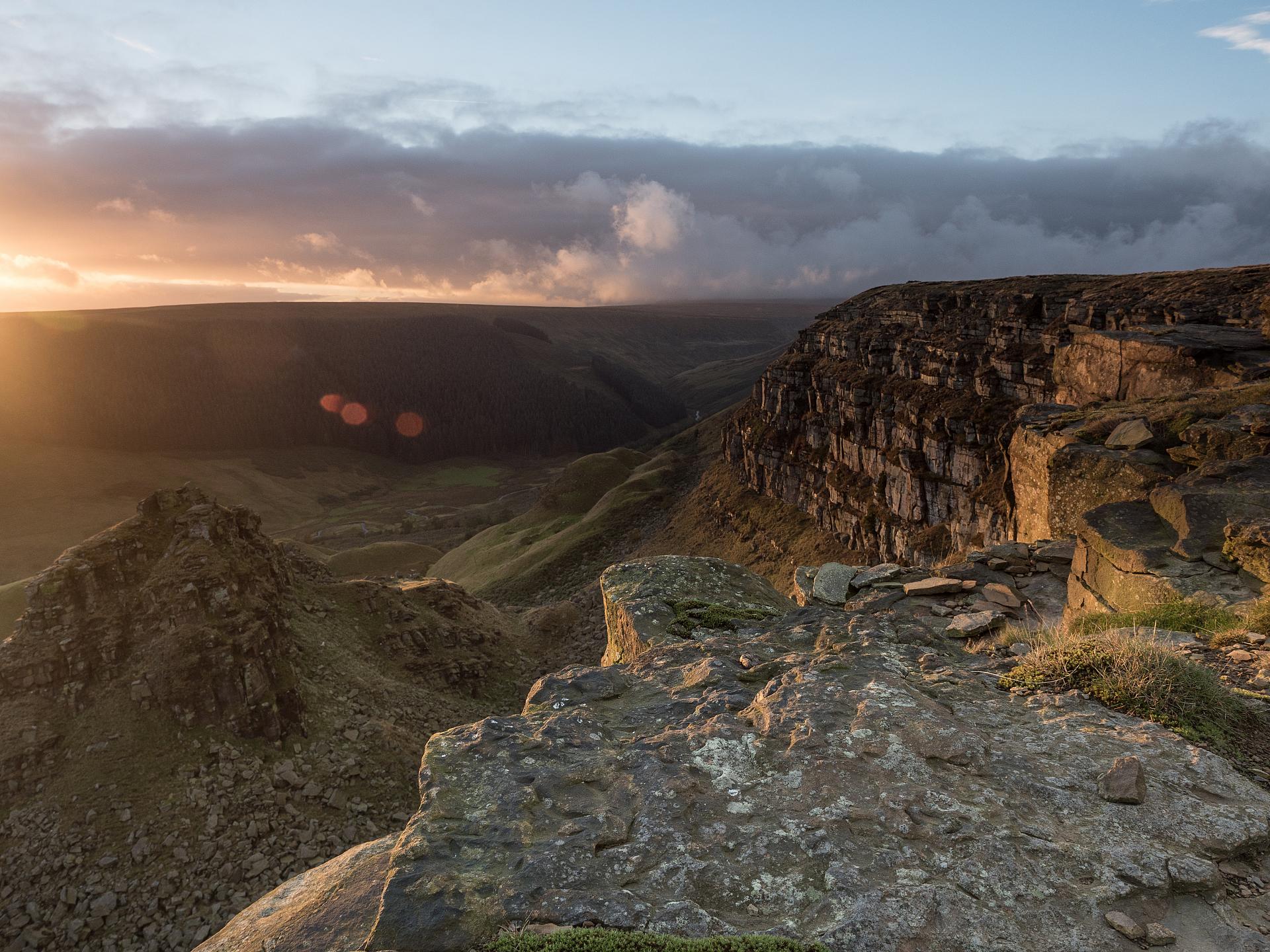 The Alport Valley is made up of weak Carboniferous shales (fine-grained rocks made of mud) overlain by harder Millstone Grit. The large cliff face we see here is the Birchin Hat escarpment. Alport Castles formed when the softer sandstones and shales of Birchin Hat slipped away from the rock-face. The Millstone Grit on the top broke up into blocks and tumbled down the valley side, creating a chaotic landscape of fallen boulders. With a little imagination, they can resemble castles – hence the name.

The most impressive feature is named The Tower, an isolated rock pinnacle which looks for all the world like a man-made medieval fortress. Beneath The Tower lies one of the Peak’s only true mountain tarns, known as Alport Mere. 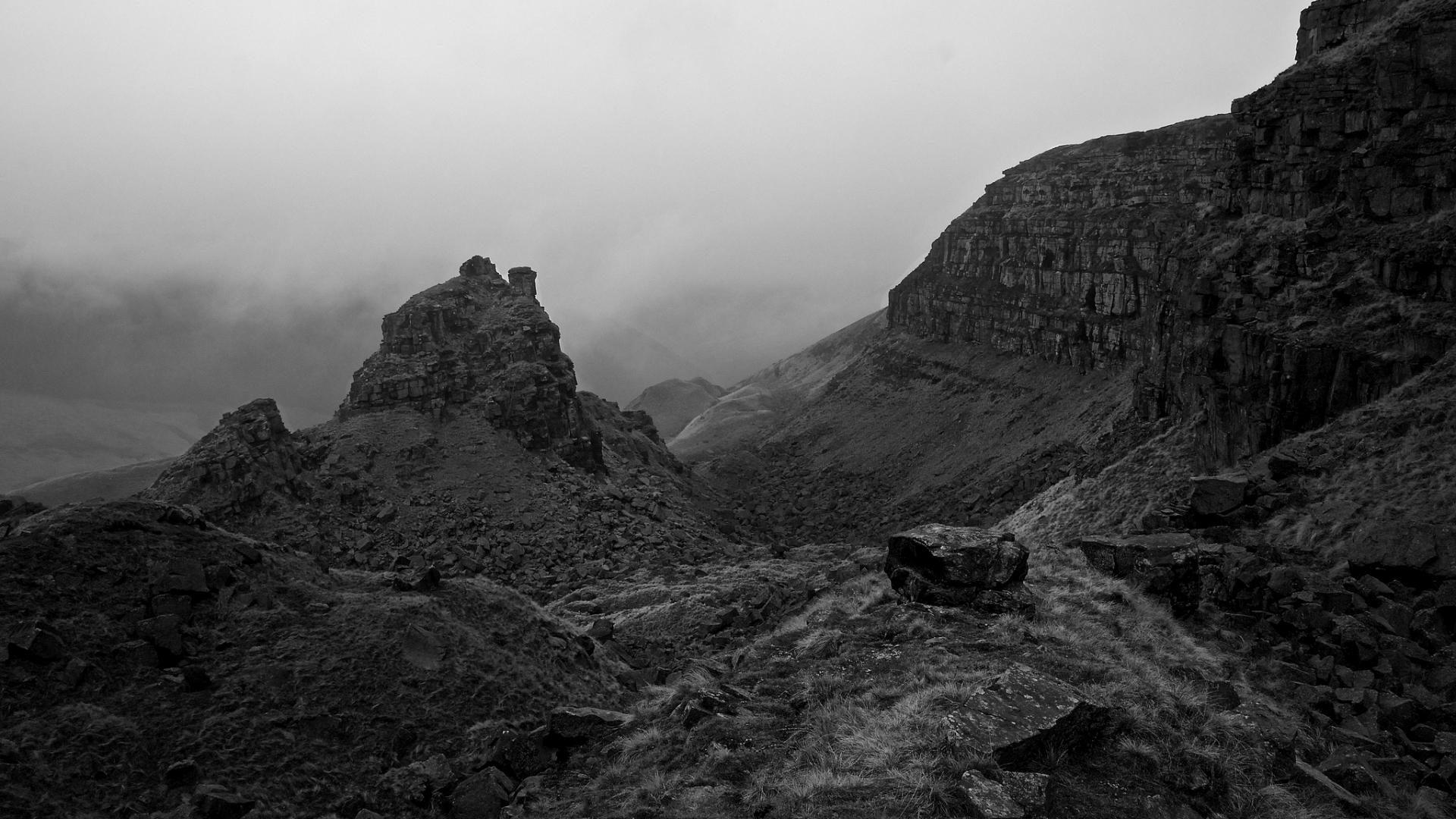 But what caused the landslide? It’s thought that water seeping between the cracks in the gritstone and shale weakened the shale and caused it to slip away. The gritstone is naturally full of joints so it breaks into blocks when the shale below becomes unstable.

Frost and ice during the Ice Age would have accelerated this process. Glacial erosion could have also over-steepened the side of the valley, causing it to slip away as the glacier melted. 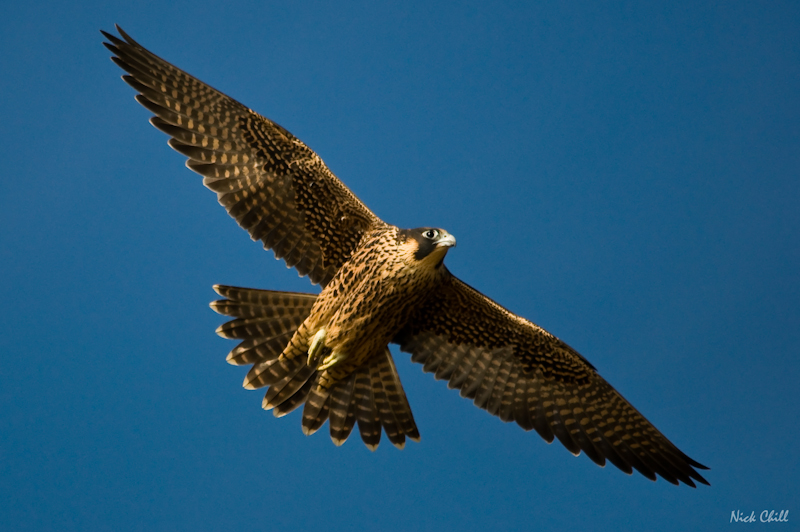 In recent years Alport Castles have become the regular nesting site for peregrine falcons. These dashing raptors, revel in the peace and solitude here, so you might be lucky enough to spot one soaring beneath the crags.

Follow the faint footpath which leads down to a crossing of the Alport River near Alport Castles Farm.

This remote farmstead was one of the places where John Wesley, the founder of Methodism, preached his non-conformist doctrine in the 18th century. Every July it is still the scene of an obscure Methodist celebration known as the Love Feast. Instead of the usual communion wine and wafers, the congregation share fruitcake and water from a two-handled Loving Cup, to commemorate the non-conformist tradition. 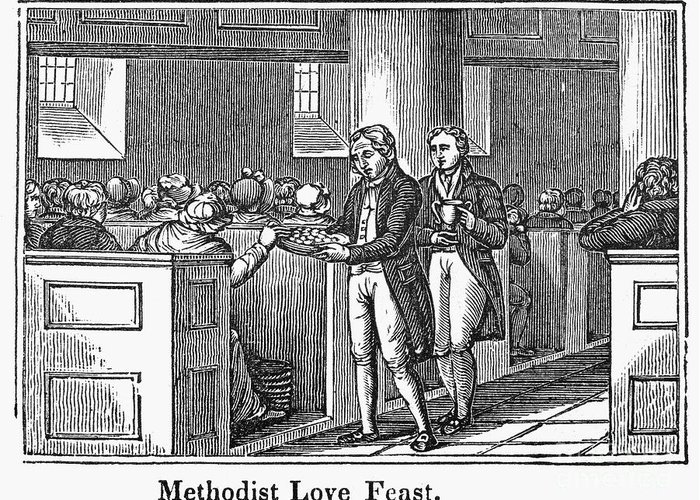 Alport Castles Farm is also where the socialist and suffragette Hannah Mitchell was born and brought up. Hannah, who received only two weeks formal education, ran away from home and worked in a Manchester clothing sweatshop. She eventually became a city councillor and magistrate. Hannah was also a member of the Independent Labour Party and a prominent speaker alongside Emmeline Pankhurst in the cause of women’s suffrage. 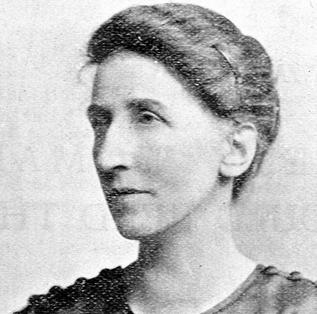 At the farm follow the unmetalled track which leads down the valley for about a mile towards the A57 Snake Road. Stop where the track meets the road.

The Snake Pass, between the western arm of the Ladybower Reservoir at Ashopton and Glossop, is one of the shortest routes linking Sheffield and Manchester. It reaches a height of 1,680ft at Snake Summit. The road is well known from winter weather forecasts: it is one of the first roads to close in winter snows - and one of the last to reopen.

Despite what some people think, the pass takes its name from the serpent-headed coat of arms of the Dukes of Devonshire, and not from its winding nature. The Dukes of Devonshire and Norfolk, both prominent local landowners, contributed greatly towards the cost of the Sheffield to Glossop Turnpike road when it was constructed between 1818 and 1821, to a design by the Sheffield surveyor, William Fairbank. 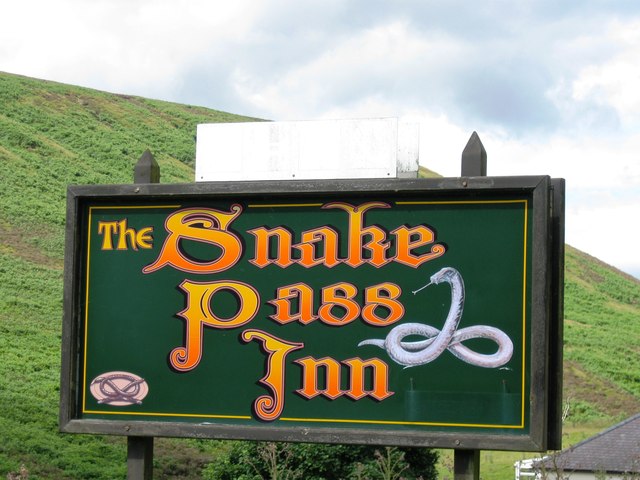 About two miles to the west of here is The Snake Pass Inn, originally known as Lady Clough House. It was built in 1821 by the 6th Duke of Devonshire. The name of the road is thought to have been taken from the Duke’s snake emblem which formerly welcomed visitors over the inn's front door.

Cross the A57 (with care) and descend to the infant River Ashop. Take the track signposted ‘Upper Derwent’ towards Rowlee Bridge. In woodland now, cross the water conduit and follow the footpath which leads down to cross the A57 again, opposite Hagg Farm, an outdoor education centre run by Nottinghamshire County Council.

It’s strange to think that the lakes and forestry of the Derwent Dams, as they are known, are an entirely unnatural and man-made landscape. But nonetheless they are a popular playground for visitors to the Peak District National Park, especially from the neighbouring city of Sheffield. The reservoirs themselves are obviously an introduced feature, and the coniferous forestry plantations which surround them were planted because of a perceived need for water purity. It was thought that human development and grazing sheep might pollute the water flowing into the reservoirs so the trees were planted as a ‘natural’ filter. 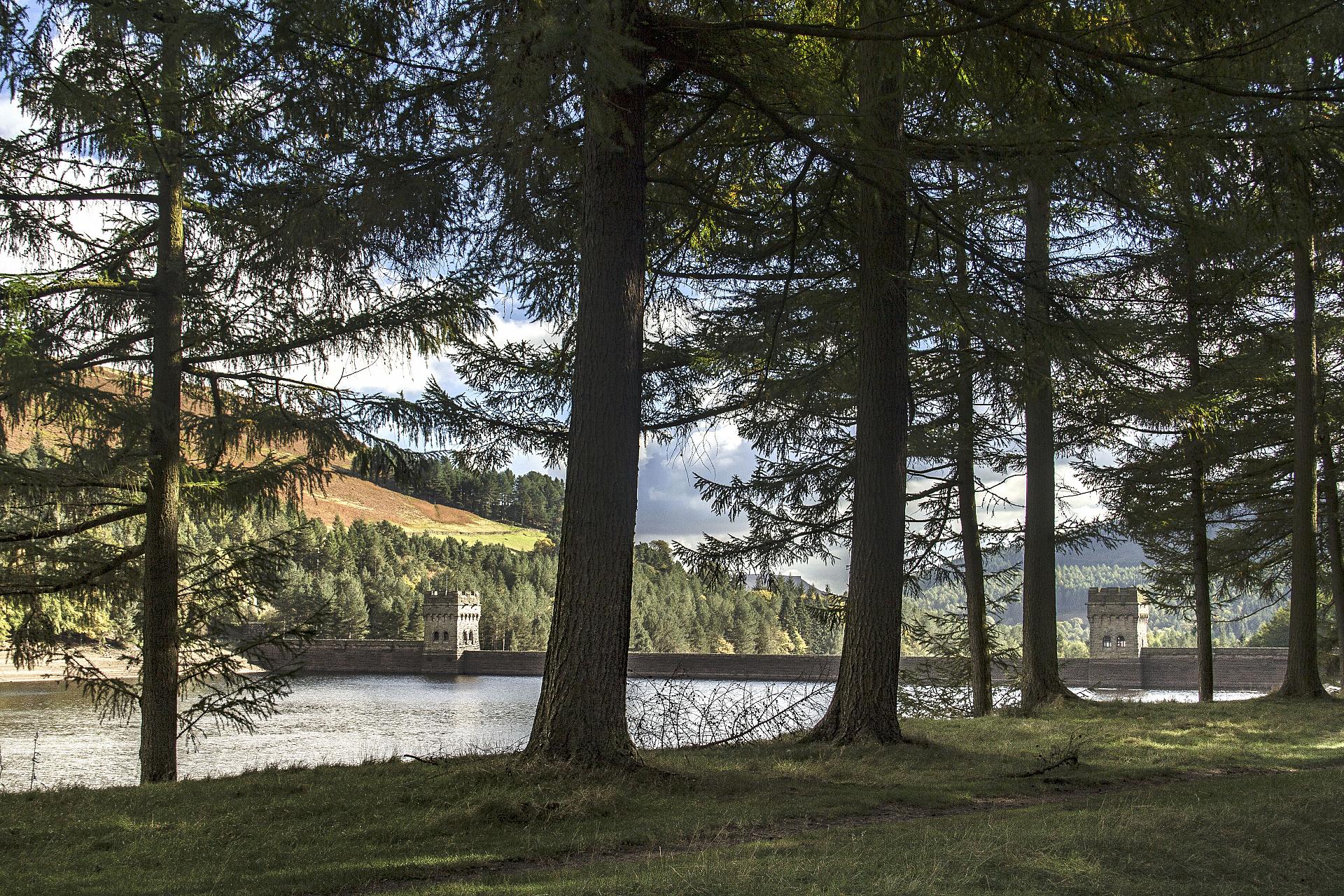 The parallel Alport Dale, on the other hand, shows what the Upper Derwent used to look like before the water engineers cast their eyes on its water supply capabilities. And the amazing, spectacular landscape of Alport Castles shows the power of natural erosion in one of the Peak’s most remote and least visited valleys.

Skirt the right hand side of Hagg Farm, staying on the cobbled path which heads uphill. Continue ascending the cobbled path, which is steep at times, as it bends and twists its way towards the summit. Ignore any other smaller paths to the right or left.

Once you reach the crest of the hill, you will notice a wood to the right and a marker sign for Fairholmes. Follow the marker sign adn the path which descends down through the wood, taking care where the ground is boggy.

Keep going downhill wiht the sound of the road below becoming louder. You will reach the road approx 50m further south from where you left the road at the start of the walk. Walk back along the road for 100-150m until you reach the car park and visitor centre.

Castles in the air

Alport Dale in the Dark Peak has an air of remote wilderness, enhanced by the tottering towers and eroded rock faces of Alport Castles, said to be the largest landslip in Britain.

Many valleys in the Dark Peak were flooded in the early years of the last century to create a series of reservoirs. Mercifully for us, Alport Dale has escaped this fate.

This walk takes us to the lip of the landslip from the neighbouring Upper Derwent Valley to take in the drama of these ‘castles in the air’.

Enjoy one of the geological showplaces and scenic highlights in the Peak District National Park, in one of its most remote and wild places.

Roly Smith for creating and writing this walk

Roly is a keen walker and the author of over 90 books on the British countryside. He has been recently described as one of Britain’s most knowledgeable countryside writers.

Helen Rawling for editing the walk

Daniel James for use of the lead photograph, Alport Castles via Flickr (CC BY NC-ND 2.0)

All other images individual credited where used

"Then the rocks finished my sentence -
Tall and architectural:
Their moat of grass
Their keep of clouds,
More intricate than any human fort."

How did a Sunday ramble in the Peak District lead to prison?