What is missing from Stamford’s elegant skyline? 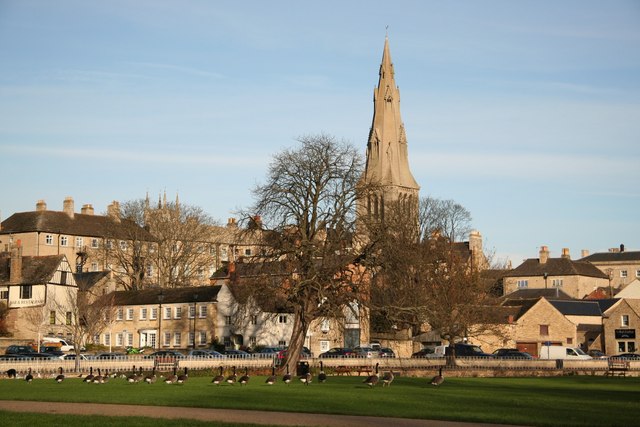 Stamford’s roots lie in the wool industry and today, with a large commuting population, the town has remained a charming rural escape from the bustle of city life.

So you might be surprised to know that Stamford’s gentle, market town back streets could have been brimming with books, happy hour drinks and mortar board-wearing students!

But in 1333 Stamford was actually the site of a fledgling university. Had it come to fruition, Stamford’s academic aspirations could have created a very different townscape today.

Its plethora of church spires gives us the first clue. In the 12th and 13th centuries Stamford was an important religious seat. With this came an academic tradition built on the monastic schools founded here. In fact a university was rooted in mythology long before this.

Legend has it that King Bladud set up the first ever university of Britain here in 863 BC. But there isn’t much evidence to back up this romantic notion. Instead we have to look to 14th century Oxford for the true foundations of Stamford’s academic standing.

In Oxford, a North–South divide sparked debate among a group of academics and master’s students. Northern academics claimed they were being denied scholarships at Merton College in favour of their southern counterparts. Backed by the Monastery of Durham, in 1333 they fled to Stamford to set up their own breakaway university. Here they could be protected by nearby St Leonard’s Priory, which still lies less than a mile from where we are now.

Their anti-establishment crusade lasted less than 2 years, however. Oxford University and the King forced the rebellious academics to return.

As a result, Oxford MA students were obliged to swear the following: "You shall also swear that you will not read lectures, or hear them read, at Stamford, as in a University study, or college general". This oath remained in place until 1827.

As it was never officially accredited by the Church or state, Stamford’s fledgling university failed to make it into the history books. Instead, Oxford was dubbed as ‘the city of dreaming spires’ by Victorian poet Matthew Arnold. 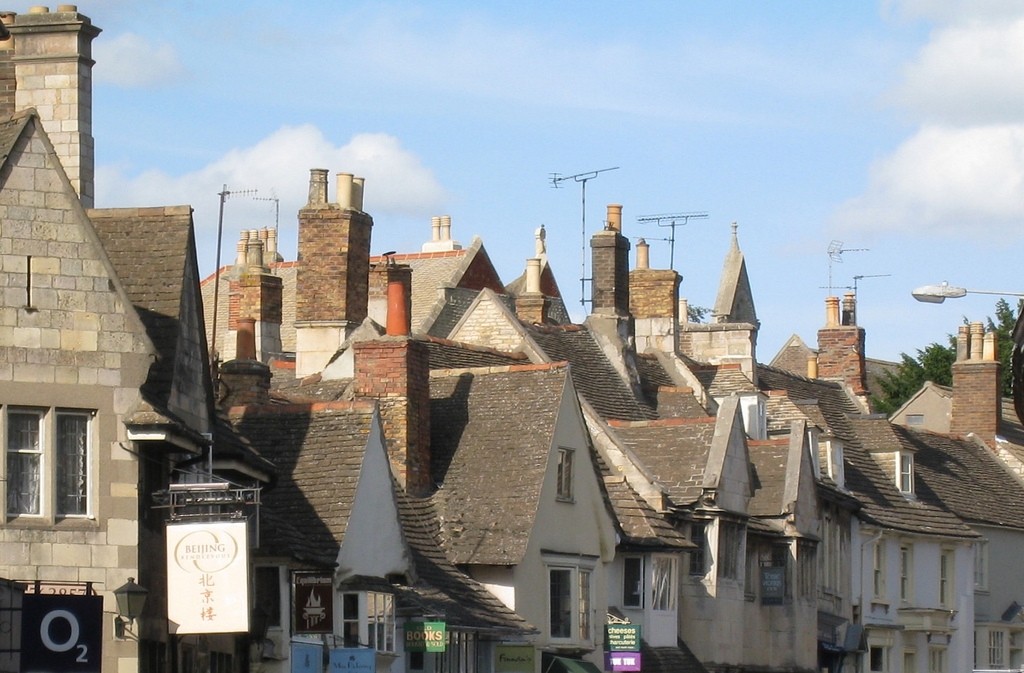 We can only imagine whether Stamford’s own townscape could have resembled Oxford’s grandeur had its own academic notions ever flourished. Imagine how different this view would look if grand halls, college chapels and student bars dominated the skyline in place of a few churches, townhouses and meadows we see today…

But also consider the change in tempo the town could have experienced. Oxford benefits from an international reputation, the spending power of over 30,000 students and provides 22,000 jobs through its two universities. It also, however, sees huge seasonal fluctuations in population, pressures on infrastructure and the town-gown tensions between residents and students that university cities often face.

Stamford’s grand aspirations for academic prowess were shrouded in both mythology and academic protest. But instead the town hides in a quiet corner of Lincolnshire, content with magnificent Georgian beauty and possibly even relishing a student-free tranquillity.

Britain’s first conservation areas were designated in 1967. They were chosen as the "places in villages, towns and cities which are especially valued by local communities for their historic character and associations". Stamford led the way and was one of the first in Britain.

There are now over 8,000 conservation areas across England. Though Stamford never became the learned city of Oxford or its neighbour Cambridge, all three are now protected as conservation areas. Though their skylines, incomes and local challenges may be very different, they all receive the same benefits.

These include protection from development, which results in a 9% premium on average house prices. Stamford is literally keeping up appearances with its more academically successful counterparts!

Quietly nestled in the south Lincolnshire countryside, with just a handful of visitors compared to its esteemed neighbour Cambridge, Stamford is a gem that is easy to miss.

The modest skyline stretching before you - church spires, honey-coloured buildings and the winding River Welland - is a slice of the nation’s first conservation area.

What is missing from Stamford’s elegant skyline? Click to reveal the answer

Jo Kemp for creating and researching this viewpoint

Helen Rawling and Rory Walsh for advice on the text

“You shall also swear that you will not read lectures, or hear them read, at Stamford” - Oxford University oath

How does Rutland's landmark church show our thirst for water?

A seat of learning with a world-famous skyline

City of streams and spires

The Old, the Bold and the Ugly

Explore how Cambridge's historic heart has been changed by modern building