Why are there low hills in the otherwise flat Lincolnshire marshes?

Standing where three tracks meet, two kilometres inland, you are surrounded by rich arable fields. You will notice how they rise and fall in a series of low hills, quite a contrast to the flat marshland between here and the Wolds.

East of the Wolds, the chalk dips down steeply and is overlain by glacial clays. This undulating surface has been covered by later sands and silts that have been washed in over the last ten thousand years. In places the clay surface pokes through these flood deposits, forming subtle raised ‘islands’. In an environment once dominated by fluctuating sea levels, mudflats and tidal creeks, these islands offered dry land on which early settlements like Maltby, Hagnaby and Asserby grew up.

You might be forgiven for thinking the undulating fields surrounding this Marshchapel viewpoint are part of this natural clay formation. However, these mounds are man-made. Running for miles in a north-south direction, they mark the old coastline, complementing the storm blown sands and later reclamation schemes, which have all contributed to the terrestrial march eastward. These mounds are salterns – the waste heaps from salt making - and are the remains of an industry that was widespread along the Lincolnshire coast for thousands of years. 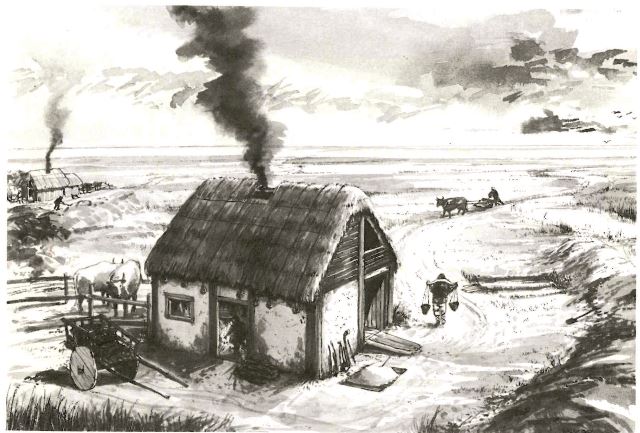 Salt is an essential commodity for good health for flavouring food, and was used as a preservative before refrigeration. Every society since the Bronze Age has tried their hand at making salt along this coast and left evidence behind, some of which is deeply buried by millennia of flood deposits.

The Marshchapel mounds represent the last throws of the salt-making industry in the 15th and 16th centuries. The salt laden silts and sands from the coastal flats and creeks were collected, washed and filtered through turf. The resultant brine was collected in large sunken vats and then evaporated over hearths to crystallise the salt. The discarded mud accumulated into piles and then the mounds we can see today.

The salt found its way out of the marshes and into the domestic market along the long straight droveways known as ‘salt roads’, However, demand for salt extended across the sea and as well as being sent west, it was exported across Europe. The havens of these old Lincolnshire ports, such as Saltfleet, Somercotes and Theddlethorpe, have long since silted up.

On the LiDAR image below the salterns show up green and, at their highest, blue. The lower farmland displays as brown and sinuous creeks (even darker brown) meander across it.

Ploughing has levelled out some of the mounds, though in the better preserved examples we see how each saltern was made up of a central space surrounded by a collection of small dumps, like the petals of a flower. These dumps are the salt stripped waste from the filtering and evaporation process taking place in the centre. 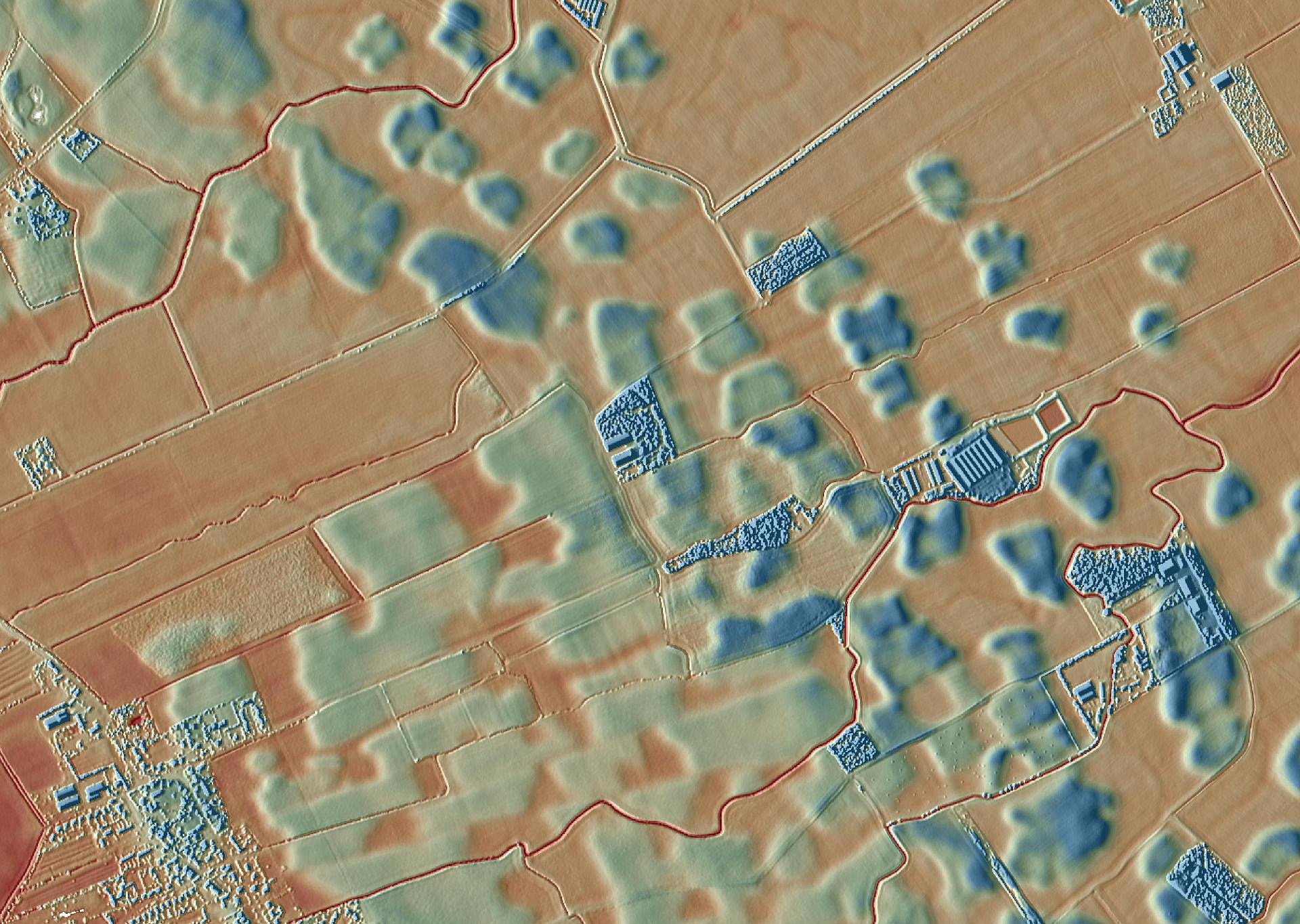 Maldon sea salt has become a popular ingredient in cooking but did you know Maldon in Essex and Anglesey in Wales are the last two coastal salt works in Britain that use the same method of extracting salt as our Bronze Age ancestors.

A pinch of salt

Despite their popular reputation, the marshlands of the Lincolnshire coast are far from flat.

In contrast to the high rolling chalk Wolds to the east, the coastal plain does lack a certain elevation, however, a closer look reveals all sorts of humps and bumps within the marshes.

The area east of Marshchapel is particularly well endowed with low mounds which seem to have no natural explanation.

Why are there low hills in the otherwise flat Lincolnshire marshes? Click to reveal the answer

James Bonnor for creating this viewpoint. James is an independent heritage specialist at www.groundworkarchaeology.co.uk

David Robinson for supplying an image of salt making

"The line of sea is richly blue
And gleam the sands like gold
The level marsh takes many a hue
And purple lies the Wold."
- 'Eventide', Charlotte Barnard

Why is there a giant mast in a quiet spot of the Lincolnshire Wolds?

Could Britain’s iconic Spurn Point be lost to the sea?

A city of two halves